A Day of Theater:

Play Reading in the Morning and Comedy at Night 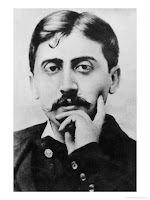 Yesterday was a day filled with drama and comedy for me.  I spent the morning at a reading of two short plays based on the work of Proust by Joel Rich, formerly an instructor at both the Newberry Library and the Basic Program of Liberal Education.  Joel has been teaching and lecturing on Proust for many years and these two plays, The Lady in Pink and Proust and Dreyfus, are demonstrations of his knowledge and love of the work of this author. 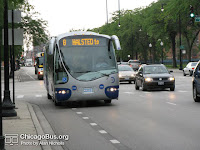 After a break for lunch and an interlude of surveying (my condo building is updating its survey plat) I hopped on the number eight Halsted bus for a ride to 18th Street on the south side of Chicago for an evening of comedy at the Dream Theatre.  I was glad that I attended both morning and evening productions for they provided superior entertainment. 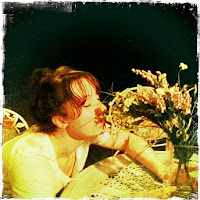 The evening theatrical event was a new play from the pen of John Enright, Wild Flowers produced by Barely Concealed Productions.  I was very impressed with all aspects of the production.  The play was entertaining both due to the presence of interesting ideas and believable characters.
The Dream Theatre is an intimate setting for this romantic comedy that presents a young woman whose United States citizenship has come into question due to doubts about her birthplace.  Into the mix comes a stranger with whom she discovers she has been engaged with via the internet in on-line games with their identities hidden behind avatars.  Add to the stranger's advances an amorous boss whose scheming is apparent to all but the young woman at the center of the play, a surprise visit from a delightful Russian mother who may be a spy, and you have all the ingredients necessary for an entertaining evening.  What sets this play apart is both the writing and acting.  Each of the actors performed well however I found Hasket Morris as Jason Bolton and Denise Smolarek as the mother, Yuliana both stood out in their respective performances.  Denise almost stole the show when she was on stage with her delightful Russian accent and her uncanny ability to read the minds of the other characters (perhaps not so uncanny in the case of her daughter Maggie) -- she always seemed to know what was going on and what had just occurred the moment before she entered the stage.  Haskett portrayed the character of Jason with an almost perfect mix of shyness and geekiness under girded by the bravado of his online avatar, Thunderbolt.  I found the internal battle within his character as interesting as his struggle in wooing Margarita.  Their journey from nervous and contentious strangers to a relationship that I would compare to one like Bulgakov's Master and Margarita was one of the best aspects of the play.
I thoroughly enjoyed the evening of comedy and, based on their laughter and applause, so did the rest of the appreciative audience.