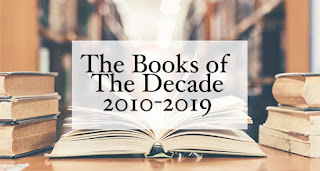 I have selected one book from my reading in each of the years of the decade ending this year. The list includes contemporary novels, plays, non-fiction, and classics. I had to make some difficult choices because I often felt more than one book that I read in a given year qualified. I also limited the list to one book for any given author*. If I had not done this both Cormac McCarthy and Thomas Mann would have been represented twice. All of these books are among those I would reread (and in some cases have already done so), but I am looking forward to the new decade with anticipation of meeting new great books by authors both familiar and not. 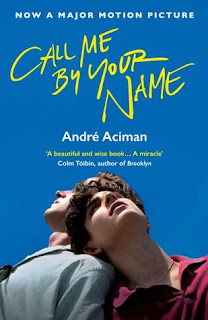 2010 Call Me By Your Name by Andre Aciman 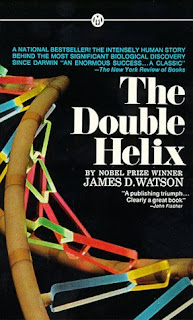 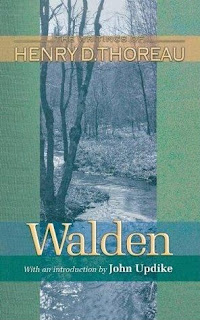 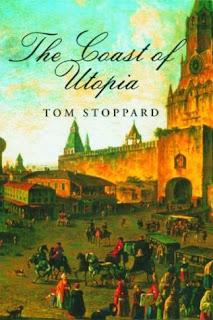 2013 The Coast of Utopia, a trilogy of plays by Tom Stoppard 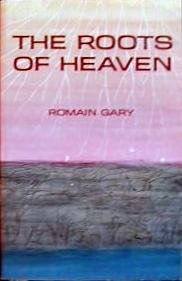 2014 The Roots of Heaven by Romain Gary 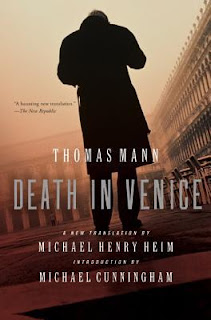 2015 Death in Venice by Thomas Mann 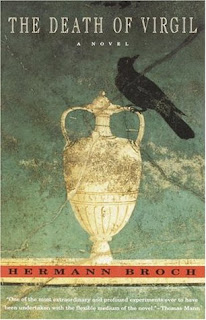 2016 The Death of Virgil by Hermann Broch 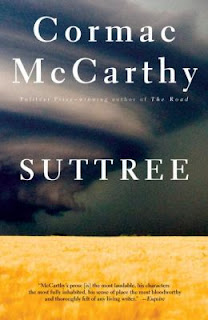 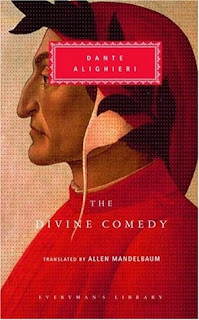 2018 The Divine Comedy by Dante 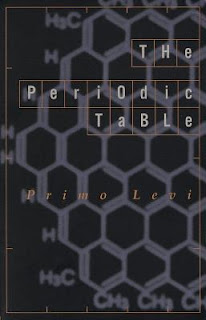 2019 The Periodic Table by Primo Levi

* Some of the books that almost made the list included Richard Flanagan's The Narrow Road to the Deep North, Mc Carthy's Border Trilogy and The Road, Elias Canetti's Auto Da Fe, Mann's Doctor Faustus, and Rabih Alameddine's An Unnecessary Woman. 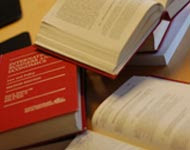 - From some of my favorite authors

“A room without books is like a body without a soul.”

“Good friends, good books, and a sleepy conscience: this is the ideal life.”

“I have always imagined that Paradise will be a kind of library.”

“If one cannot enjoy reading a book over and over again, there is no use in reading it at all.”

“There is no friend as loyal as a book.”

“Books are a uniquely portable magic.”

― Stephen King, On Writing: A Memoir of the Craft

“Books are the quietest and most constant of friends; they are the most accessible and wisest of counselors, and the most patient of teachers.”

“A great book should leave you with many experiences, and slightly exhausted at the end. You live several lives while reading.”

“What she was finding also was how one book led to another, doors kept opening wherever she turned and the days weren't long enough for the reading she wanted to do.”
― Alan Bennett, The Uncommon Reader

“What really knocks me out is a book that, when you're all done reading it, you wish the author that wrote it was a terrific friend of yours and you could call him up on the phone whenever you felt like it. That doesn't happen much, though.”

― J.D. Salinger, The Catcher in the Rye

“In anything fit to be called by the name of reading, the process itself should be absorbing and voluptuous; we should gloat over a book, be rapt clean out of ourselves, and rise from the perusal, our mind filled with the busiest, kaleidoscopic dance of images, incapable of sleep or of continuous thought. The words, if the book be eloquent, should run thenceforward in our ears like the noise of breakers, and the story, if it be a story, repeat itself in a thousand coloured pictures to the eye.”

Ten Best of the Year 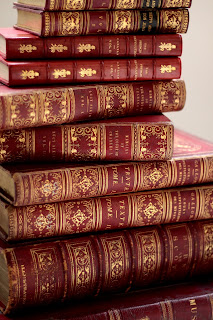 The following are the ten best among the literature that I read since January 1, 2019. They are in no particular order but all of them I enjoyed and would recommend to all.


The Periodic Table by Primo Levi

The Rings of Saturn by W. G. Sebald

The Weight of Ink by Rachel Kadish

The Makioka Sisters by Jun'ichirō Tanizaki

A Good Man is Hard to Find by Flannery O'Connor

The Big Sleep by Raymond Chandler 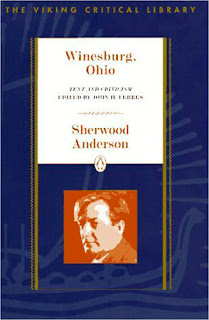 “Love is like a wind stirring the grass beneath trees on a black night,' he had said. 'You must not try to make love definite. It is the divine accident of life. If you try to be definite and sure about it and to live beneath the trees, where soft night winds blow, the long hot day of disappointment comes swiftly and the gritty dust from passing wagons gathers upon lips inflamed and made tender by kisses.” ― Sherwood Anderson, Winesburg, Ohio


I first read this book when I was in high school and have read and reread it since then. From the beginning it struck me as a serious work of literature but only upon rereading it and reading more extensively authors who were influenced by Anderson have I become to appreciate  his true greatness. Published in 1919 and sub-titled “A Group of Tales of Ohio Small-town Life,” Winesburg, Ohio exposed the desperation and loneliness of so many of the residents of a small, mid-American town.


Rather than a single, well-defined plot, Winesburg, Ohio has a loosely interconnected set of stories with overlapping time frame and characters. Only when the town itself is considered the "main character" can one speak of an overall plot. Using this approach, the traditional small town life of nineteenth-century America comes to an end; its hard but stable community is broken into the dynamic but impersonal atoms of twentieth-century American society.

It was among the first books to take on what would become a central theme in American literature. In these tales you see the strange, secret lives of the inhabitants of a small town. In "Hands," Wing Biddlebaum tries to hide the tale of his banishment from a Pennsylvania town, a tale represented by his hands. In "Adventure," lonely Alice Hindman impulsively walks naked into the night rain. Threaded through the stories is the viewpoint of George Willard, the young newspaper reporter who, like his creator, stands witness to the dark and despairing dealings of a community of isolated people. Here is an example of the beautiful prose of such isolation:

“In that high place in the darkness the two oddly sensitive human atoms held each other tightly and waited. In the mind of each was the same thought. "I have come to this lonely place and here is this other," was the substance of the thing felt.”


Each of the tales shines a clear light on the character of an inhabitant and you come to know Winesburg almost as well as your own home town. Growing up in a small Midwestern town I never forgot the feeling this book gave me and the appreciation for the genius of Sherwood Anderson.

Reverie in a Maine Forest

The Country of the Pointed Firs
by Sarah Orne Jewett

“I now remembered that Mrs. Todd had told me one day that Captain Littlepage had overset his mind with too much reading.”   ― Sarah Orne Jewett


Jewett’s novel The Country of the Pointed Firs is the culmination of the regional characters, themes, and techniques that Jewett explored for so many years. It is a composite novel organized around alternating currents of separation and reunion, Jewett never wrote a conventionally-plotted novel, and in this tale a visiting writer-narrator from the city is slowly changed from an outsider into an initiated insider in the life of the largely female community of Dunnet Landing, a tiny seacoast village in Maine. The first chapter, titled “Return”, represents a reunion of sorts in that the narrator is returning to a place with which she previously fell in love. After that very short opening she is quickly drawn into the world of her landlady, Mrs. Almira Todd, the local herbalist who seems to possess a special spiritual outlook.

Soon the narrator feels the need to separate so that she can complete the writing project she brought with her. After listening to a strange tale about a limbo-like “waiting place” between this world and the next in the fog-bound arctic regions, the narrator reunites with Mrs. Todd, and they both discover that their relationship has improved in mutual consideration and empathy as a result of the separation. They have achieved a balance between the basic human needs for both connection and separation. This alternating pattern of separation and reunion continues in a number of different ways throughout the novel, ending with the narrator’s departure from Dunnet Landing.

Dunnet Landing and the surrounding country is populated with charming characters whose stories fill the spaces between the description of the lovely Maine north country. One of those characters, Captain Littlepage, had time for both sailing and reading. The latter activity was evidently also a pastime of the narrator who dotted the narrative with references to Shakespeare, Milton, and others.

The scenery is captured in moments like this:
"We were standing where there was a fine view of the harbor and its long stretches of shore all covered by the great army of the pointed firs, darkly cloaked and standing as if they waited to embark. As we looked far seaward among the outer islands, the trees seemed to march seaward still, going steadily over the heights and down to the water's edge."(p. 33)

The chill in the air on winter nights was tempered by the heat from a Franklin Stove (no doubt very much like the one in my sister's home in the high country of northeastern Nevada). One of the best moments in the story was the Bowden family reunion that brought together many of the people from the area in a way that you can only experience in small out of the way communities like Dunnet Landing.

The Country of the Pointed Firs was greeted with strongly positive reviews. Indeed, a few years later, Jewett's friend Willa Cather would rate it as one of the three great classics of American literature (the other two being The Scarlet Letter and The Adventures of Huckleberry Finn). I'm not sure I agree completely with Cather, but this is a fine short novel depicting late nineteenth century Americana.