Two White Boys and the Blues

“Electricity is not digital. It does not come in discrete packets, but floods the air and flows through conductors and shoots from the hands of mad scientists in silent movies. If it is futuristic at all, it is a past version of the future, temperamental, unstable, half-alive.”
― Hari Kunzru, White Tears

Hari Kunzru's novel tells of a mysterious recording found by Seth, a tech nerd, and his best friend, a handsome slacker named Carter Wallace, both young white men. While Carter's love of music is enabled by his standing as heir to a family fortune, Seth is from a somewhat lower social strata. Seth operates a studio with Carter and is obsessed with recording the errant sounds found around New York, which he does with a handset device by walking through the city. Carter is solely interested in music by black musicians of the twentieth century. and also bankrolls the music audio engineering business that Seth and Carter run together. One day, using recordings that Seth made of different people singing and playing music on the street, they create a song called the Graveyard Blues and upload it to the internet, attributing the song to Charlie Shaw, a name that Carter picks at random.

Seth—the brainy, awkward one—is annoyed by this arrogance, but the accompanying perks are too fun to pass up. Who wouldn’t want to make a bunch of money by playing music? “You seem to have a very high opinion of yourself,” Cornelius, Carter’s much more responsible brother, tells Seth. “Of your importance in the scheme of things.” Seth definitely lacks power, or confidence; rather than tell a crush how he feels when they’re at a party together, he ends up literally watching her have sex with another man. But when his life is upended by a shocking turn of events, he has no choice but to involve himself more directly in the story.

The shock is created when a record collector tells them something unnerving: Charlie Shaw is real, and he has a history that Seth and Carter want no part of. Soon after, Carter is found beaten unconscious in a dangerous Bronx neighborhood. Carter’s wealthy and powerful family bars Seth from coming to see Carter at the hospital. They also lock Seth out of his and Carter’s recording studio. Carter appears to be in a permanent coma. Seth tracks down Jim, who tells Seth of his own connection to Charlie Shaw. In the 1950s, Jim and his friend Chester Bly traveled to Tennessee and Mississippi in order to swindle African-Americans out of potentially valuable blues and jazz records. They eventually arrived at the house of Miss Alberta, Charlie Shaw’s sister. She possessed the only known copy of Shaw’s Graveyard Blues record. Bly stole the record after Alberta refused to sell it. Soon after, Bly died in a mysterious fire. Jim decided that Bly’s death must have been a type of cosmic comeuppance for his acts of cultural appropriation. In order to avoid similar danger, Jim sold all of his own records.

He and Leonie, Carter’s Boho artist sister, venture down South to solve the mystery of Shaw, who like many other obscure blues musicians known to us only through a song or two, exists on the margins of history. What they find takes on the texture of a ghost story, as Seth and Leonie bond in sweaty motels indistinguishable from each other, on the trail of a man who might not exist but might be implausibly real. “With each mile we are heading further into the past,” Kunzru writes. “This is what I made her understand, that night in her apartment. That we had to repeat something, to go back to meet the force that is reaching out towards us from history.”
“Shock of white hair, thick black eyeglasses that scanned as fashion until you checked the raincoat with the grubby collar, the unpleasant-looking scab on his forehead,” Kunzru writes. “Exactly who I did not want to meet. Very slowly, he raised an index finger and pointed to me, a gesture like firing a gun.” The man, who Seth only knows through his internet avatar, is sort of a decrepit weirdo. But what else could Seth have expected from someone who’s dedicated his life to compiling the arcane and unglamorous?

White Tears seems almost hallucinatory at times as the past and present blend together to create a nightmare for the duo. Seth’s rationality diminishes as the book paces toward its violent conclusion, with Kunzru’s prose rising to a hypnotic, entrancing level. The book cuts across time periods and perspectives, sometimes in the same chapter, as Seth falls further into the horror of the 20th century, for which Charlie is just a proxy. The mixture of disparate themes including the blues musical heritage, black cultural appropriation, and the threat of billion -dollar conglomerates provides for both an endlessly interesting and sometimes exciting novel.

Sundays too my father got up early
and put his clothes on in the blueblack cold,
then with cracked hands that ached
from labor in the weekday weather made
banked fires blaze. No one ever thanked him.

I’d wake and hear the cold splintering, breaking.
When the rooms were warm, he’d call,
and slowly I would rise and dress,
fearing the chronic angers of that house,

Speaking indifferently to him,
who had driven out the cold
and polished my good shoes as well.
What did I know, what did I know
of love’s austere and lonely offices?


This is a wonderful collection of poetry with the added attraction of spoken verse. Each poet reads their own poetry as recorded on three CDs. The poets included range from the early nineteenth century with Tennyson, Browning, and Whitman to the late twentieth with Ginsberg, Sexton, and Plath.

Some of my favorite poems are included from poets like Wallace Stevens, W. H. Auden, and Dylan Thomas. The introductions and commentary by some of our finest poets complement the verses making them all the more valuable and perhaps just a bit more understandable. The above poem, by Robert Hayden, is just one example of the great poetry included in this volume.

"A movement without end, a restlessness transmitted from the restless element to helpless human being and their works!" (Kafka, Amerika)

Franz Kafka broke off writing his first novel, Amerika, on January 24, 1913. Though one of the most famous stay-at-homes in literature, Kafka read widely including travel books. His absurdist novel Amerika begins with young Karl viewing the Statue of Liberty and feeling "the free winds of heaven” on his face. Within moments he is lost in the maze of the multiple levels of the ship looking for an umbrella he left behind. While this reminded me of Alice's initial fall into the rabbit hole it also alerted me that I was in a Kafka novel, albeit a slightly different type than I had read before.

The United States that Kafka depicts is more based upon myth than any real experience of the place. Certain odd details reveal one Continental impression of this land at a time when so many Eastern Europeans were emigrating. Drawing on a host of sources—including Charles Dickens’ David Copperfield, Benjamin Franklin’s Autobiography, and the poetry of Walt Whitman—and calling to the reader’s mind an even more formidable array of literary analogues—from William Shakespeare’s one play set in the Americas, The Tempest, to Henry James’s international novels, Kafka conjures an America more fabulous than factual. Appropriately enough, in Kafka’s America much of the action takes place in the deepest night, at the deepest levels of the subconscious and of the spirit.

Kafka seemed to intuit that being someone, or anyone, in the geographical vastness of America was not altogether different from the problem of being someone in the bureaucratic vastness of German-dominated Prague. Establishing an identity was, moreover, a problem compounded by the question of home, a question that was important both to the immigrant and to the Czech. “I want above all to get home,” Karl points out early in the novel. By “home,” he literally means the house of his Uncle Jacob but, figuratively, he is referring to that dream of a familiar place where he will feel secure, understood, accepted: the garden from which Karl, like Adam, has been banished. Because of his original sin, he has been condemned to wander the earth in search not only of a home, or refuge, but of justice and mercy as well. As he comes to realize, however momentarily, “It’s impossible to defend oneself where there is no good will.” What this sudden revelation suggests is that the absence of mercy, whether human or divine, makes justice impossible. Just as important, this situation renders all Karl’s efforts not only existentially futile but—and this is Kafka’s genius—comically absurd as well. The chance encounters that characterize the novel, the arbitrary exercise of authority by those who are in power (parents, uncles, head porters, and the like),the uncertain rules and regulations, and the various characters’—especially Karl’s—precarious status constitute Kafka’s fictional world.

That the Statue of Liberty holds aloft a sword instead of a torch and that a bridge connects New York City and Boston unsettle the reading by placing an essentially realist novel close to the realm of fantasy. Much of that fantasy is dark and disturbing, but by the end — first editor Max Brod says Kafka quit while on his intended last chapter — Karl has reached the wide open West, where he seems reborn as a bit actor in “The Nature Theater of Oklahoma.” Kafka would go on to write better and more labyrinthine tales, but his first novel is an intriguing vision of America. 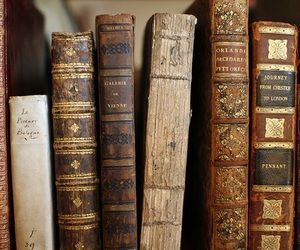 
When we consider how to share our thoughts and ideas with those around us we turn to the abundance of language to express ourselves. If we have taken the time and made the effort to develop a command of our language, we believe we can say those things that we think and feel with the precision of expression that will leave some trail of meaning among our community.

How is it that our playing is like naming? A game of words becomes the life we live—or is it the reverse? So often our lives seem to be merely games with words—our conversations veer into debates over both the ideas represented by our words and the objects that our words seem to signify.

Is not this play a form of education? Education: from the Latin ducere, meaning to lead. Educate—out from ignorance. This is the movement from the shadows into the light (The Republic, 514a - 520a).

To learn, for Socrates, was to gain knowledge—to achieve wisdom (sophos). (Theatetus, 145d) Learning can be considered the “right use of words”, which is the way it is put in the Cratylus (277e). He also refers to the notion of learning as a game (278b). In the twentieth century the general use of language has become a game according to Wittgenstein (1989, para. 67).

When we are learning we put what we know into words. We name the thing as we play the game leading ourselves onward toward understanding (Theatetus, 146a)