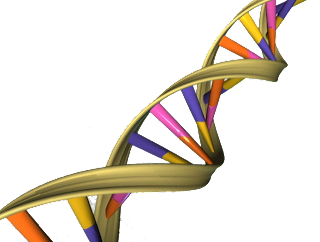 A Day of Beauty

"Though we travel the world over to find the beautiful, we must carry it with us or we find it not."
~Ralph Waldo Emerson

My day was one that seemed to careen from one area of interest to another with not much connection between them.  I began the day with continued reading of  Cormac McCarthy's novel The Crossing, the second volume of The Border Trilogy.  In the late morning I took a break to attend a performance of the great Romantic ballet Giselle by Adolphe Adam.  This was shown at the AMC River East theaters in a 3D film from the Mariinsky Theater in St. Petersburgh.  Returning home I ended the day preparing discussion questions to accompany a reading of The Double Helix by James D. Watson.  The finest memoir of a scientist I have encountered.
Now what do all of these activities have in common?  You might say, well, nothing.  But on reflection I would disagree for each of the activities include and even have as an important part of their essence, the attribute of beauty.  The beauty of Giselle is obvious as it is the epitome of Romantic ballet and set the standard for decades to come.  It is more difficult to discern the beauty of McCarthy's novel or Watson's memoir, yet it is there in each one and is an important part of the essence of the work.  Cormac McCarthy is a prose stylist of the highest order and his ability to blend dream-like prose poems with gritty realism is amazing both in its beauty and its existence.  It is a wonder that he succeeds, but he does.  While James Watson had the unenviable task of attempting to communicate complicated scientific ideas, yet also succeeded in his own way, and in doing so shared the beauty of nature as exemplified in the double helix.  So a day of contemporary American fiction and nineteenth century Romantic ballet and great science writing was brought together by a simple idea:  the beauty inherent in it all.  What a day!
Posted by James at 8:19 PM

The good news is beauty like poetry, is everywhere & when you realise that, you can see it in everything from the most mundane item to the wonder of the heavens.

PS. forgot to say, as a lover of poetry check this out @pomesallsizes it's a twitter based anthology I'm compiling, hope you like it.