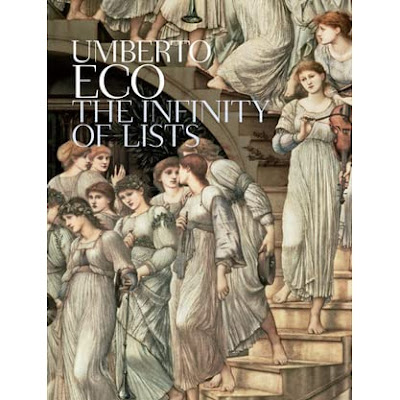 "Around 1660, a manuscript by Athanasius Kircher was produced (Novum Inventum) which explains how it is possible to reduce the various languages of the world to a single code which produced a dictionary of 1,620 "words," and in which the author attempted to establish a list of 54 fundamental categories that could be written down through iconograms. The 54 categories also constituted a remarkably heterogeneous list, including divine, angelic and celestial entities, elements, human beings, animals, vegetables, minerals, drinks, clothing, weights, numbers, hours, cities, foods, family, actions such as seeing or giving, adjectives, adverbs, and the months of the year."

i've long been curious re Kircher, and have liked Eco's books a lot, so i'll see if the library has a copy of this... tx...