The Divine Force in Painting 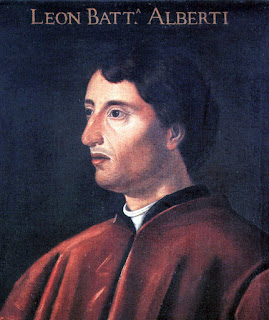 "Painting contains a divine force which not only makes absent men present, as friendship is said to do, but moreover makes the dead seem almost alive. Even after many centuries they are recognized with great pleasure and with great admiration for the painter. Plutarch says that Cassander, one of the captains of Alexander, trembled through all his body because he saw a portrait of his King.  Agesilaos, the Lacedaimonian, never permitted anyone to paint him or to represent him in sculpture; his own form so displeased him that he avoided being known by those who would come after him. Thus the face of a man who is already dead certainly lives a long life through painting. Some think that painting shaped the gods who were adored by the nations. It certainly was their greatest gift to mortals, for painting is most useful to that piety which joins us to the gods and keeps our souls full of religion. They say that Phidias made in Aulis a god Jove so beautiful that it considerably strengthened the religion then current."

i've been mulling this quote a couple of days... it occurred to me that enlightenment or higher level artistic appreciation can happen in relation to most of the senses. vision, hearing, mostly, as in art and music, and somewhat in touch; hardly at all in odors altho a cook might disagree, and somewhat in taste, ditto... but i guess it's the intellectual analysis in the long run that makes "art". i've wondered if science could be considered an art form; after all, the basic discoveries were a sort of epiphany, a coalition of sensory information that resulted in a cohesive idea that eventually was realized in physical form of one sort or another... interesting, anyhow...

mudpuddle,
Your comment is revelatory in opening my mind to some new possibilities. I was mesmerized by the suggestion in the quote of the possibility of attaining immortality through art.